It doesn't show very clearly in the picture, but if you look at the colored pencil sketch made on watercolor paper, you might notice that the flowers on the water were originally planned to be pink. If you read Finnish, you'll see that  I've even written it on the very first sketch. However, this plan was quickly trashed as I noticed the general color scheme would resemble January too much and so I ended up changing the flowers to yellow and blue. The atmosphere in the finished painting I originally thought to be like a bright sunset, but it turned out more like a cloudy sun-has-already-set kind of scene. Personally, I'm very happy it went this way instead! I really like the idea of the deer coming to drink after sunset, the moisture evaporating from the plants and the surface of the water forming mist all around him.

Sometimes things go the best way when they do not go according to the plan.

Once the calendar is available for purchase, you can get it on Wonder SHOP ♥ 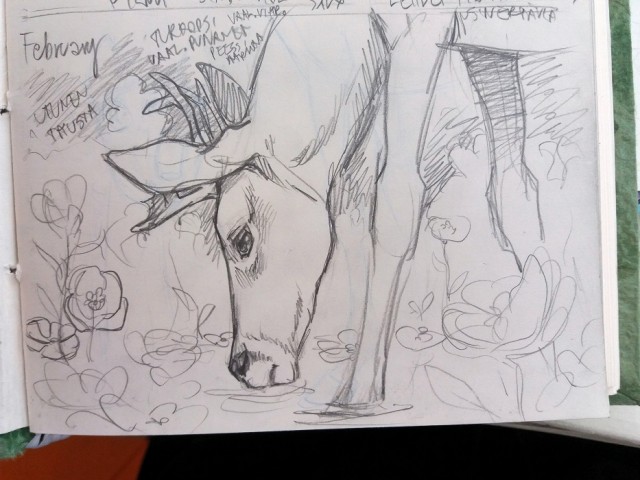 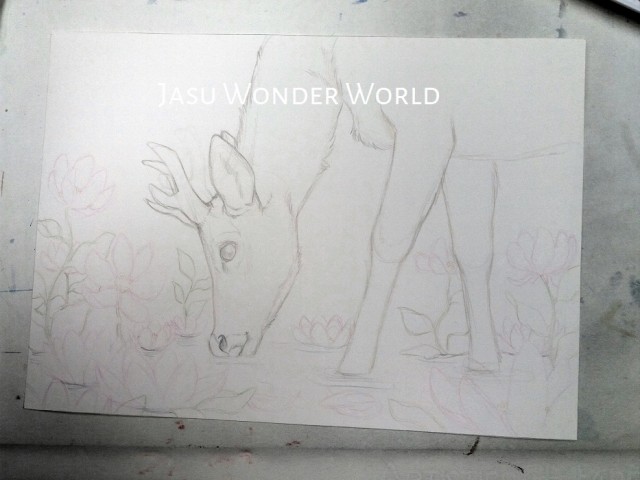 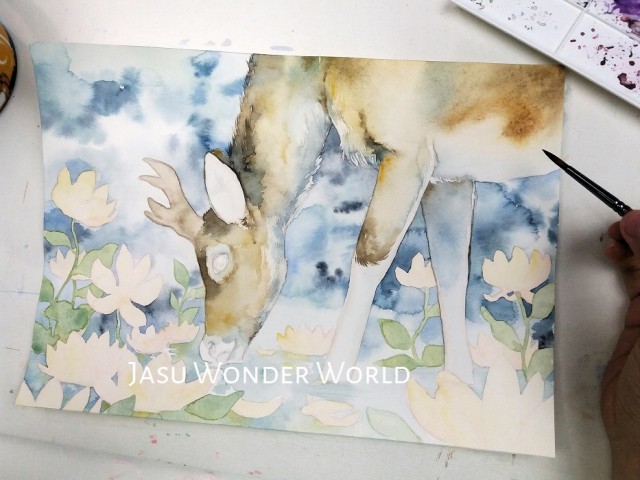 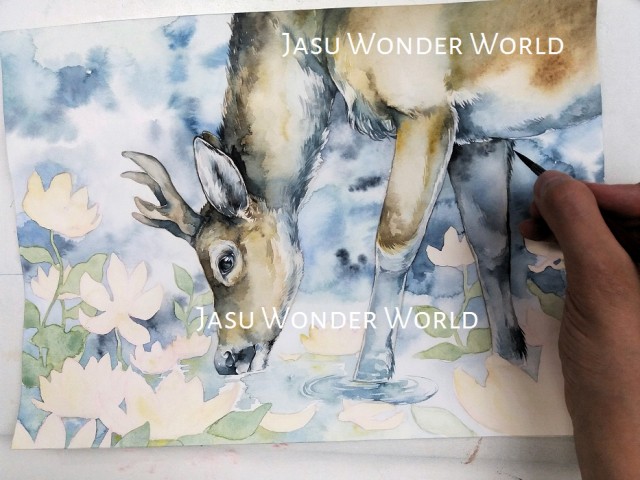 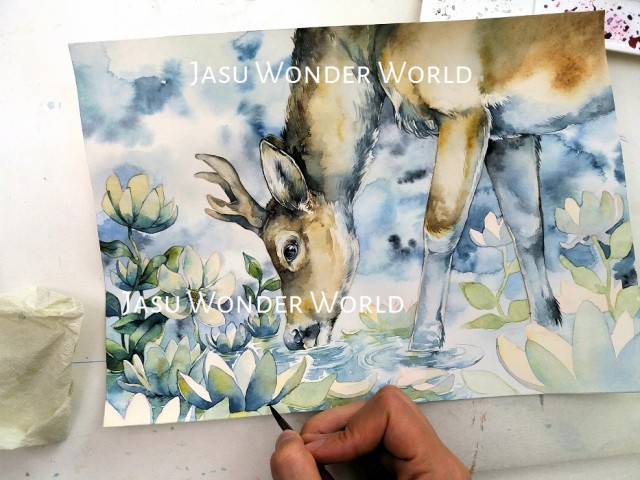 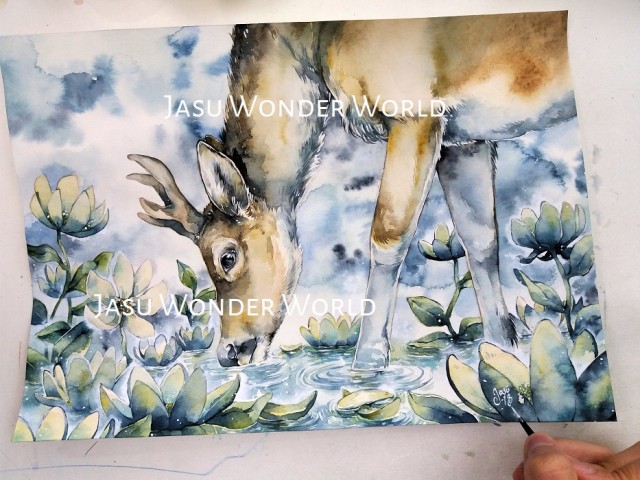 A SONG TO THE MOON - COMMISSION PROGRESS